Posted at 00:32h in Free, Products by the reaper 0 Comments
0 Likes

Midnight Club is the first comic in the new “One-Off” comic series! This series will replace the Monthly Combo Set, and it’s a series of comics with story unrelated to the main Dolcett Academy plot. Each “One-Off” comic is a one-time, short story set in the Dolcett universe.

This set’s story takes place in a snuff club, created by the government of Dolcett County after the ClubX incident. Willing meatgirls can put their bodies on sale for money… as often as they want! The snuff club is equipped with the human respawner, meaning the meatgirls can be snuffed over and over again by their customers… This comic contains the following themes: hanging (noose), beheading (saw guillotine), impalement, oven-cooking, pumping steam into the body, roasted feet (contact grill, and… some shark vore (only 3 pages though 🙂 ). There’s also some gore, but not as much as in my other comics.

You can purchase the comic via the form below or directly from Razer’s profile: 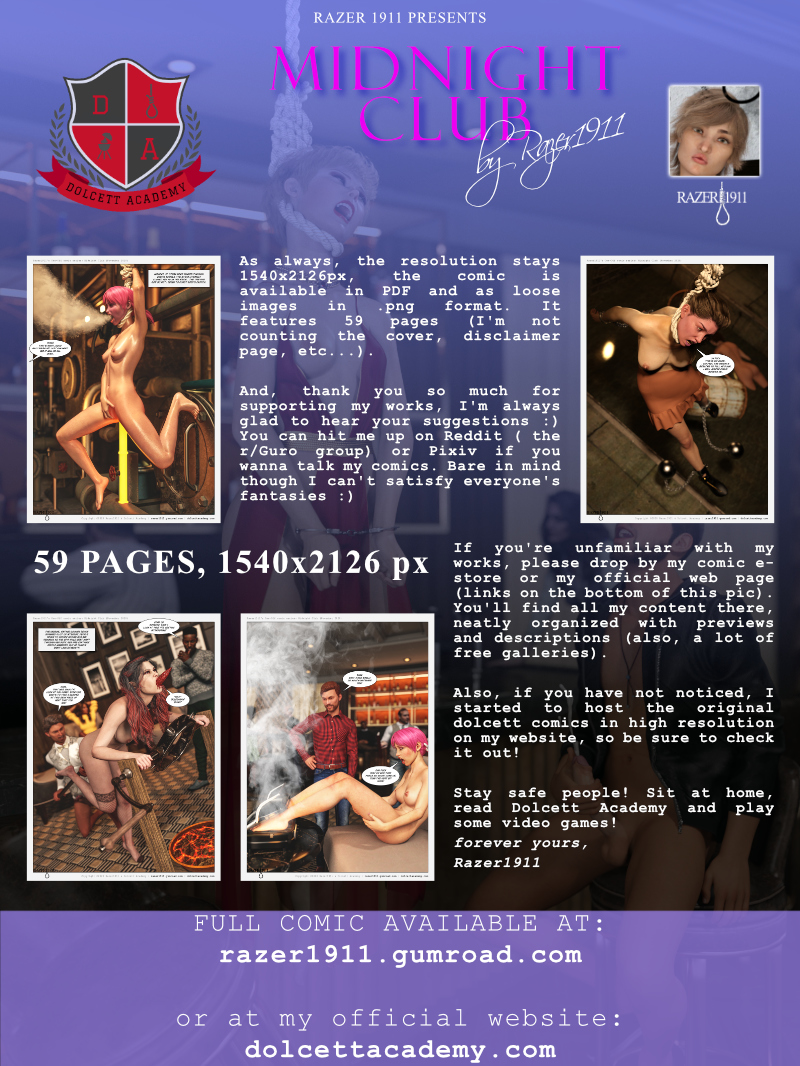