What's up people! So, as I mentioned in the email newsletters, the new set is actually a compilation of five short, captioned photostories, together making a 70-page, fullscreen album. I seriously got overflowed with my own ideas and I couldn't decide which story to explore first, so I went with all of them :) Don't you worry, I have five more ideas for the next "Idea Box", but for now, I'll be focusing on making more One-Off comics, and creating a new cast and plot for my main Dolcett Academy line of comics. This set consists of a true variety of themes - group hanging, debreasting, impaling, roasting, electrocution... and more. Please enjoy this set as much as I did creating it :) The first story is about a country music club that transforms into a snuff club overnight. (Group hanging, cannibal fetish). The second story is about a psychopath killer who breaks into a hotel room and kills two girls (one is drowned in a bathtub, the other is electrocuted). The third story is about a serial killer and his female companion, hunting for victims through local bidding sites. (Gore, debreasting, roasting). The fourth story is about a slave being roasted in a giant coal stove in a victorian setting (Stove cooking, gore) The fifth story is another rendition of a snuff club with a fuck-roast bondage machine (Impalement, roasting)
* bonus images may include scenes without comic strips, and/or alternative scenes rendered in defferent resolutions
Pages: 70
Resolution: 2560 x 1440 px
Bonus * : n/a
PDF / PNG: yes / yes (JPG)
€6.99
ADD TO CART 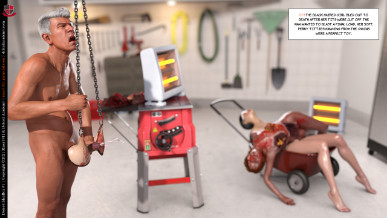 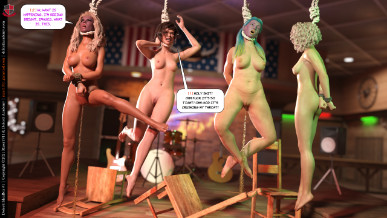 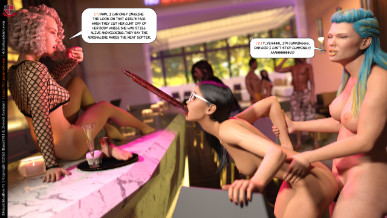 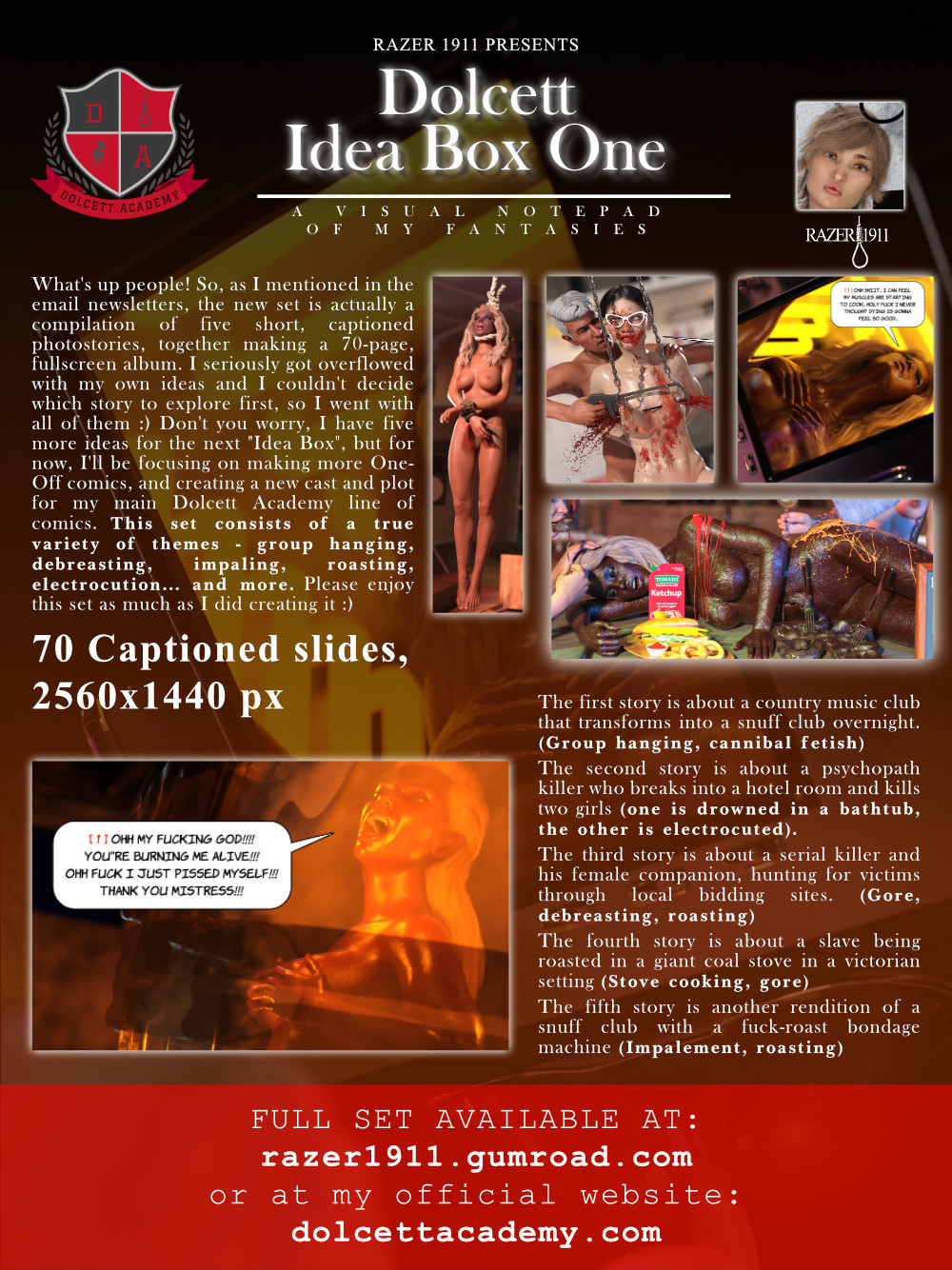 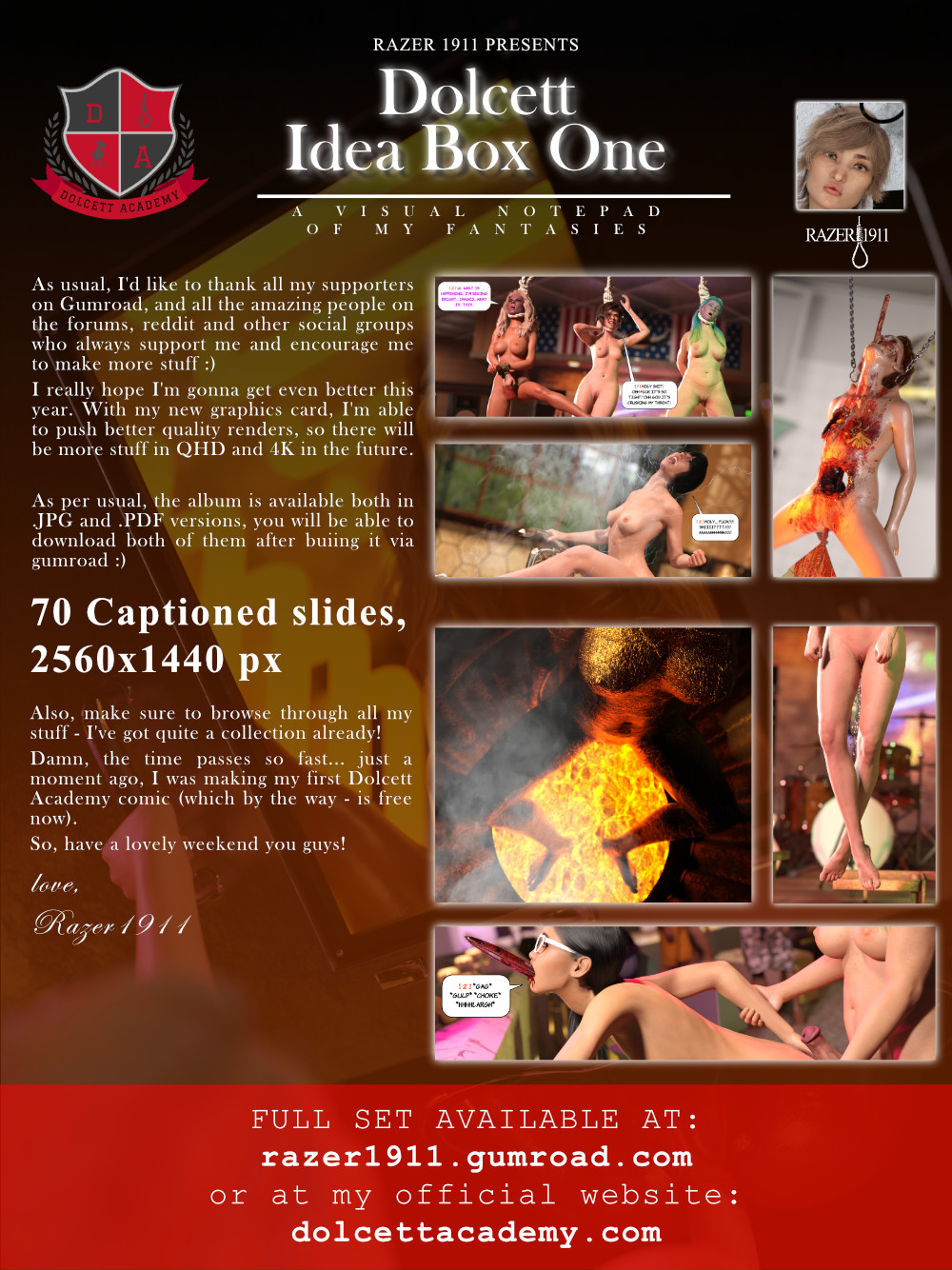 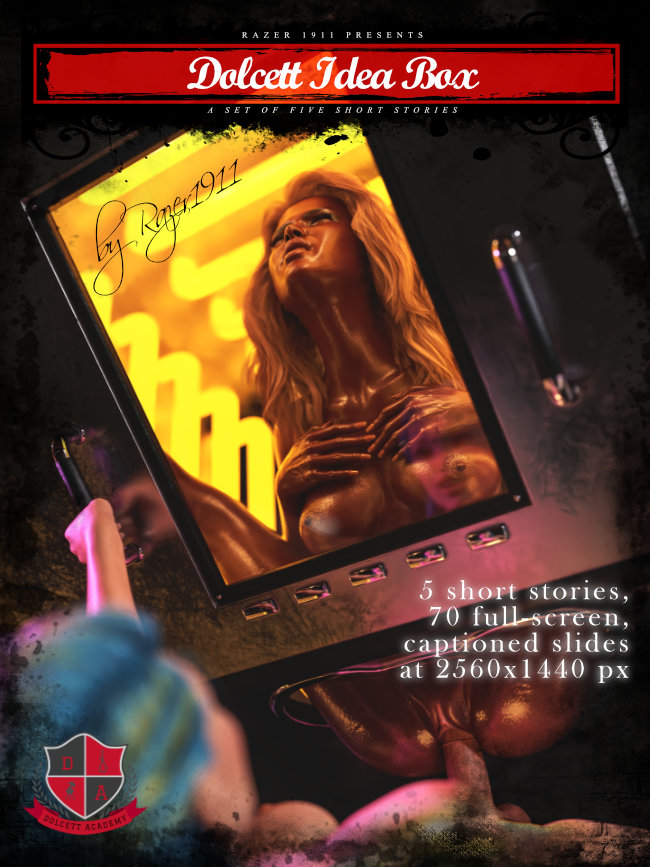 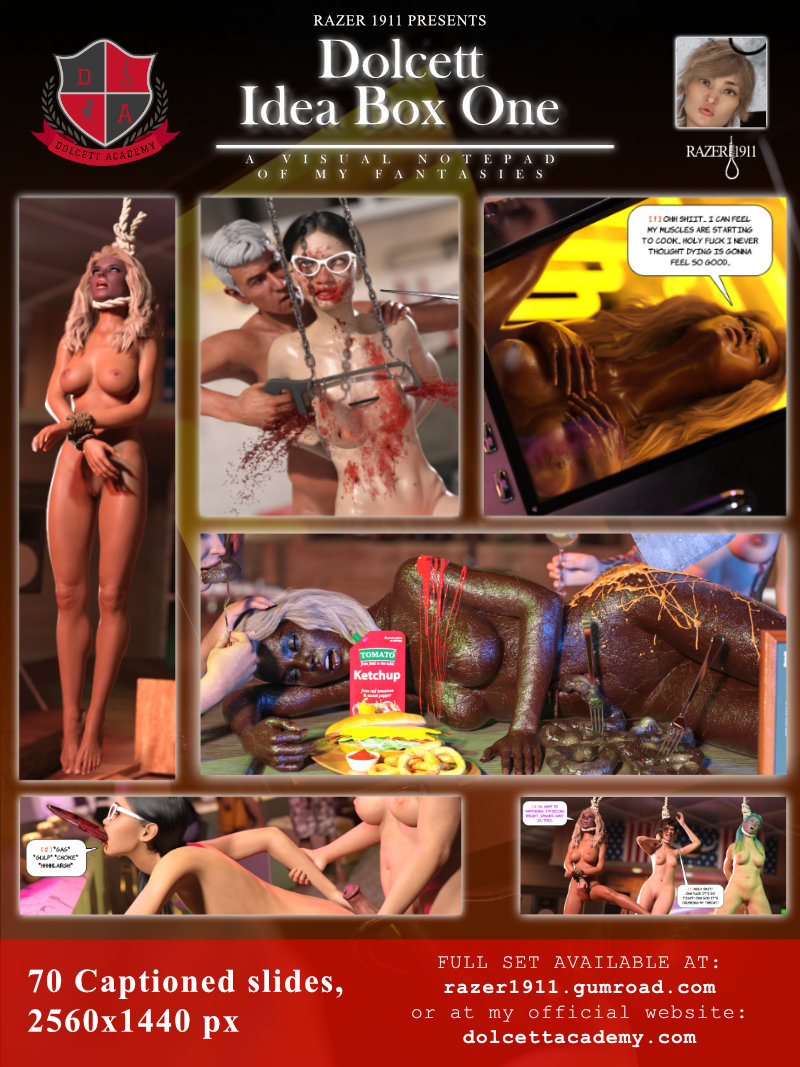 Use the button below to purchase the comic. All transactions are made via our publisher - Gumroad.com . Gumroad is an international web platform for artists with easy and secure PayPal/Credit card payments encrypted with HTTPS protocol. Your PayPal or Credit Card information will be encrypted and visible only to financial operators such as PayPal, Visa, or MasterCard.
€6.99
ADD TO CART